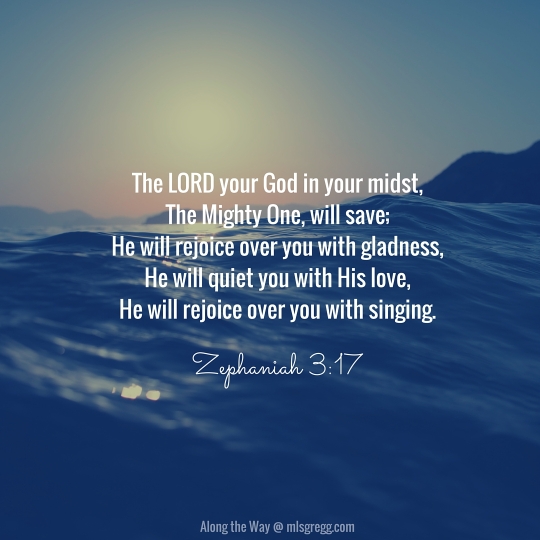 We’re eleven weeks into our study of Zephaniah, and honestly? We might be here forever.

Well, not forever, for all things do come to an end. I’m just in no rush. This has been such a rich experience so far, and I don’t anticipate that changing. As the psalmist wrote,

How sweet are Your words to my taste,
Sweeter than honey to my mouth!

How I wish I could ring every last drop of Divine goodness from these words! It is impossible, and, despite the longing, fortunate. The fathomless nature of Scripture flowing from the lips of the fathomless God of All draws us in deeper and deeper, like a never-solved mystery. He hooks us. He simply hooks us, and we are lost in the best way possible.

I should pause here and say that I feel a little awkward writing about Zephaniah, as a non-Jewish person. I have a different relationship to these words than a physical child of Abraham. If it weren’t for the Lord burning a desire to know and love this book into my heart, I wouldn’t even attempt it. Know that any gaffs I make or gaps in understanding I communicate are not meant to offend. As always, I am eager to learn.

“Be silent in the presence of the Lord GOD…”

I can’t even get past the first sentence.

There’s no room for argument. No comebacks, qualifications or explanations.

We like to think that we’re on the same level with God, that we’re His equals. We are not. Absolutely are not. Nobody gets to stand in His presence (if anyone ever really stands; throughout the Bible we see people hitting the deck as if dead any time they’re given a glimpse of the Divine) and act like they’re the best thing since sliced bread. It’s not going to happen. When the calendar turns to the page determined in ages past when Christ returns with a shout heard ’round the world and splits the Mount of Olives in two with the barest touch of His feet (1 Thessalonians 4:16, Zechariah 14:4), everyone who has ever lived ever will fall down and proclaim Him Lord (Philippians 2:10).

No other options available.

Zephaniah understood who he was in relation to God. He knew that the words he’d been given to speak and to write came from the very mouth that called the universe into being. I have to think that he obeyed his own command and sat in stunned, worshipful silence for at least a few minutes at some point during his ministry. How could he not?

We should do likewise.

Protestant Christians are freaked out by anything that even smells slightly mystic. There’s a lot of good sense in that, but silence doesn’t have to be this weird, emptying of the mind, the colors are speaking kind of thing. We talk to God all the time through prayer and song. In fact, we run our mouths. A lot. While we should go “boldly to the throne” (Hebrews 4:16), part of that going needs to involve sitting as His feet, waiting for Him to speak. Listening attentively. Letting ourselves be overcome with awe and wonder.

If need be, covering our faces in guilt and repentance.

The Slaughter, the Guest

For the day of the LORD is at hand,
For the LORD has prepared a sacrifice;
He has invited His guests.

This day is a specific day, unrelated to the culmination of all things. Zephaniah sees that Judah is about the suffer punishment for their sin.

These were people well versed in the language of sacrifice. Day after day they heard the sounds of animals dying in the Temple. They smelled the blood and the burning flesh. They knew exactly how the animals were prepared for slaughter. Even the most ignorant resident of Jerusalem would have been at least somewhat familiar with the dictates laid down in Exodus and Leviticus.

I imagine Zephaniah’s face draining of color as he receives this vision.

They are the sacrifice.

The people stood on the edge of a holy knife blade.

“…for the punishing of presumptuous sinners is a sacrifice to the justice of God, some reparation to [H]is injured honour.” (1)

We like the hippy-god of the not-bible, the one who doesn’t exist. Oh, God would never punish anyone, we insist. He’s all peace and love. He is. He’s also holy. As we discussed before, He had clearly, explicitly laid out the consequences of disobedience. He gave the people chance after chance after chance to turn away from their sin. At any moment He would have forgiven them, welcomed them back.

That is one thing we must remember going forward. God is consistent. He is not merciful here and just there. He is both, always. When the punishment descended upon Jerusalem, He was faithful to respond to any final, gasped or whispered cry for forgiveness. No doubt.

“..God was hosting the sacrifice. His guests were the Babylonians…” (2)

Very quick history: Babylon was a city in Mesopotamia (modern Iraq), situated between the Tigris and Euphrates rivers. It may or may not have been the site of the Tower of Babel (Genesis 11), which could have been a ziggurat (an early type of stepped temple). One of its kings was a guy named Hammurabi who wrote the world’s first (debated) law code. There were a couple of different Babylonian empires. The empire of Zephaniah’s time was the second, referred to as “Neo-Babylonian” or “Chaldean.” At its peak: 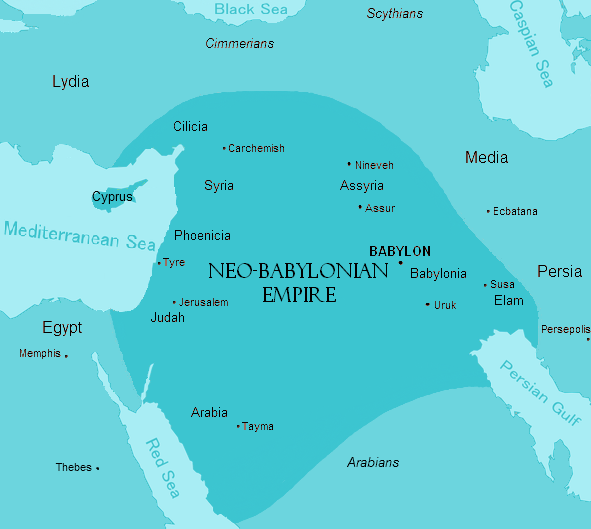 Judah had a run-in with Babylon during the reign of King Hezekiah (2 Kings 20). Berodach-Baladan (there’s a name for you) sent some ambassadors to Jerusalem and Hezekiah thought it was a good idea to show off how wealthy and fabulous he was.

Then Isaiah said to Hezekiah, “Hear the word of the LORD: ‘Behold, the days are coming when all that is in your house, and what your fathers have accumulated until this day, shall be carried to Babylon; nothing shall be left,’ says the LORD. ‘And they shall take away some of your sons who will descend from you, whom you will beget; and they shall be eunuchs in the palace of the king of Babylon.’”

So Hezekiah said to Isaiah, “The word of the Lord which you have spoken is good!” For he said, “Will there not be peace and truth at least in my days?”

Hezekiah’s response kills me. Oh, no big deal. It’s not going to happen to me!

So nice of him.

The time had come for Isaiah’s words to come to pass. God was about to remove His protective had from Judah and allow the Babylonians to do as they pleased.

Money Can’t Save You

“And it shall be,
In the day of the LORD’s sacrifice,
That I will punish the princes and the king’s children,
And all such as are clothed with foreign apparel.
In the same day I will punish
All those who leap over the threshold,
Who fill their masters’ houses with violence and deceit.”

Think on that for a second. So often people say that God should judge individuals by their actions.

The reference to “foreign apparel” here has nothing to do with buying jeans made in Italy. These are either “ornaments of the idols,” (3) garments or talismans related to the cult of a false god (sort of like wearing “blessed underwear” or “healing crystals”) or a remark on an obsession with appearance as way of showing off wealth and status; “pride in apparel is displeasing to God, and a symptom of the degeneracy of a people” (4; let that one sink in). Either way, even the way the people were dressing showed just how far from the Lord they had strayed.

Leaping over a threshold was yet another way they gave themselves over to sin. Fascinatingly, this could refer to someone “who follows the customs of the Philistines, who would not step on the threshold of Dagon, as it is stated (I Samuel 5:5).” (5) How paranoid one must have been, to fear stepping on a threshold! As the practice is tied to filling homes with “violence and deceit,” I am more inclined to believe that this points to property disputes and theft, a problem discussed at length throughout Hosea and Amos.

“And there shall be on that day,” says the LORD,
“The sound of a mournful cry from the Fish Gate,
A wailing from the Second Quarter,
And a loud crashing from the hills.
Wail, you inhabitants of Maktesh!
For all the merchant people are cut down;
All those who handle money are cut off.”

These verses revealed how familiar Zephaniah was with the city of Jerusalem. So familiar, it was probably his hometown. The tragedy becomes deeper, sharper when you think that he might have played on those streets as a boy or gone to the market to fetch something for dinner, as a kindness to his wife.

“The Fish Gate was where the fisherman had their markets; the ‘second quarter’ was where the rich people lived in the fashionable houses, built from the wages owed to poor laborers. ‘Maktesh’ was the market and business district of the city where the merchants and bankers were located.” (6)

Food supply would be cut off. Trading would cease. All of Jerusalem would be overcome.