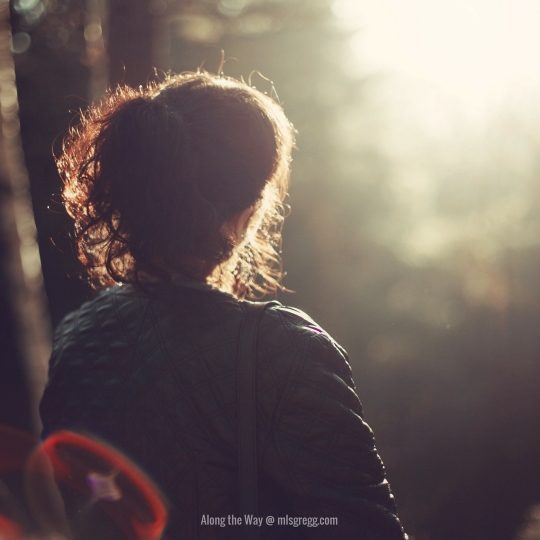 There is a lot of brouhaha out there on the Interwebs regarding a certain Michigan pastor’s upcoming book. (Do your research – I’ll not give it free advertising). Speculation swirls around its subject matter and whether the author is going to come right out and say that he does not believe in a literal hell, as some of his sermons seem to allude to. The video advertising (who knew that you needed YouTube promos now?) has the author asking a very basic question, though perhaps not directly:

Why would a loving God send anyone to Hell?

As someone who lives in the “free will” camp, I contend that God does not send anyone to Hell. It is my belief that we are all given the opportunity to choose. This choice is simple, and it is to believe that He is Lord and to live within His boundaries (which He has every right to define if He is Lord) or to not believe that He is Lord and to not live within His boundaries (in which case, it is the individual who is lord).

Ultimately, that is what it boils down to: who is God?

Consider the abstract concept of God. If there is a Being who is Creator and Sustainer, then it makes logical sense that it is He who defines what relationship to and with Him is to look like. Whatever your religious bent or lack thereof, this is something that is very clear. God = Bigger than Us. God = Smarter than Us. God = in Charge.

In the Christian faith, the Lord is Personal and Interested, and He lays out very clearly what He wants from His creatures. In the first three chapters of Genesis, we read that God creates the world (the exact processes He uses to do so are not delineated and are not the point of the record, so don’t even go there) and plants a couple of people in the midst of a idyllic Garden. They had a specific task:

The LORD God took the man and put him in the Garden of Eden to work it and take care of it. And the LORD God commanded the man, “You are free to eat from any tree in the garden; but you must not eat from the tree of the knowledge of good and evil, for when you eat from it you will certainly die.” – Genesis 2-15:17 (NKJV)

Take care of where you live and don’t eat from that one tree. Pretty straightforward. This reveals a few things:

1. As discussed above, if God is God than He makes the rules, not us, and the command clearly shows this.

2. God was not keeping Adam and Eve from knowing things, as some conclude when they read this passage. In the Gospels, Jesus was the ultimate Rabbi or Teacher. It makes more sense to think that God Himself planned on teaching them everything that they could possibly want to know, throughout their lifetimes. (This, I think, is an integral part of relationship to God).

3. They could not claim that they were in the dark about what God wanted.

Nobody knows how long Adam and Eve were in the Garden. Days, months, years. It doesn’t really matter. One fateful day, they both decide to disobey this simple command. As a result, the three culprits (the serpent – certainly symbolic – Adam, and Eve) each receive a curse:

Cursed are you above all livestock
and all wild animals!
You will crawl on your belly
and you will eat dust
all the days of your life.
And I will put enmity
between you and the woman,
and between your offspring and hers;
he will crush your head,
and you will strike his heel.”

To the woman He said,

“I will make your pains in childbearing very severe;
with painful labor you will give birth to children.
Your desire will be for your husband,
and he will rule over you.”

To Adam He said, “Because you listened to your wife and ate fruit from the tree about which I commanded you, ‘You must not eat from it,’

“Cursed is the ground because of you;
through painful toil you will eat food from it
all the days of your life.
It will produce thorns and thistles for you,
and you will eat the plants of the field.
By the sweat of your brow
you will eat your food
until you return to the ground,
since from it you were taken;
for dust you are
and to dust you will return.” – Genesis 3:14-19 (NKJV)

The details of the Curse have received quite a bit of exegetical attention, but I find the principle behind them to be what matters most: separation. The earth was no longer going to work as originally designed. Human relationships were strained. The animal kingdom, by extension, was affected – God Himself shed the first animal blood in order to clothe Adam and Eve (Genesis 3:21). They were driven from Eden for their disobedience (Genesis 3:23-24).

Humanity has remained separated from God and Paradise ever since. Turn on any news channel or look at your own relationships and this much is clear. Nothing works as it was meant to. Death – in all its forms, from the physical to the relational to the spiritual – was the toll, just as God promised. Again, He is very clear and explicit.

The solution to this  great separation, couched within the very proclamation of the Curse,  came in the form of Jesus Christ – the means that God decreed acceptable. In fact, in a mystery that is not readily understood by us, the very foundation of the world was built upon His shed blood (Revelation 13:8). This means that, despite the very real chasm between God and man, God has continued to reach out to man. To chase him. To woo him.

So, when we ask, “How can a loving God send people to Hell?,” we are being disingenuous in several ways:

1. We want to have our cake and eat it, too. We want the free will to do whatever we want, to even reject God, and then we object to the consequences.

2. We refuse to accept any responsibility over our own lives.

3. Most damagingly, those of us who accept Him as Savior do not accept Him as Lord, with the right and ability to create the rules.

Is an eternity separated from God and others a unique form of punishment? Yes. Does its length and severity baffle us? Yes. Are we God? No.

All of this leads to another question:

Is it possible to share the message of the Gospel without discussing eternal separation?

Some say that one should not mention Hell in relation to the sacrifice of Christ. That it will “turn people off.” This leads to another, deeper question:

If there is no Hell, no state of eternal separation, then when did Jesus come for?

Is salvation all about Heaven and Hell? No, of course not. Living in right relationship to God should very much have an effect on the way you live life right here and right now. That reality brings us back to the theme of separation. Jesus calls His people to live in such a radically different way that it becomes obvious to those who don’t know Him that they separated from Him – in that living works the Holy Spirit, who draws and convicts.

If there is separation in this life, why would there not be separation in the next? If everyone is able to enjoy eternity with God in the end, then what is the point of following Him now? Why not just live a selfish life?

How could a loving God…? How could a just God not allow that separation? He has defined the boundaries. He chose, in another mystery that is beyond our full understanding, to come and live as the Incarnate Son and be our example. He chose to endure horrific humiliation and punishment so that the love of God might be shown through the exercising of His correct justice. He makes the rules. He defines the boundaries.

If the separation were not real, tragic and eternal, then why did Jesus come to earth? Why did God bother ever setting down any expectations? He could have just as easily said, “Oh, it’s no biggie.”

Yes, God is Love (1 John 4:8), but He is also Just. There are so many passages relating to His concern for justice among His people to not arrive at such a conclusion. He came here in the Incarnation to bear the weight of sin and separation and open the avenue of free-flowing relationship between God and humanity. His hand is extended to us – but we have to take it.

Let us be honest and say that this is completely obvious. If, for example, I was drowning in the middle of the ocean and you came up in a lifeboat and threw out a life preserver to me, the existence of the life preserver would not be enough to save me. I would have to reach out for it. I would have to choose whether or not I was going to accept the available means of being saved, or try to come up with my own way. You would, naturally, do everything that you could to get me to take the life preserver – but you couldn’t force me to. You couldn’t make me escape drowning.

I have no idea what this author is going to say in this new book, and I will wait until I read it to make a concrete comment. My concluding thought is, instead, this:

Either way – separated or joined together – we have to accept the consequences.

One thought on “The Separation”