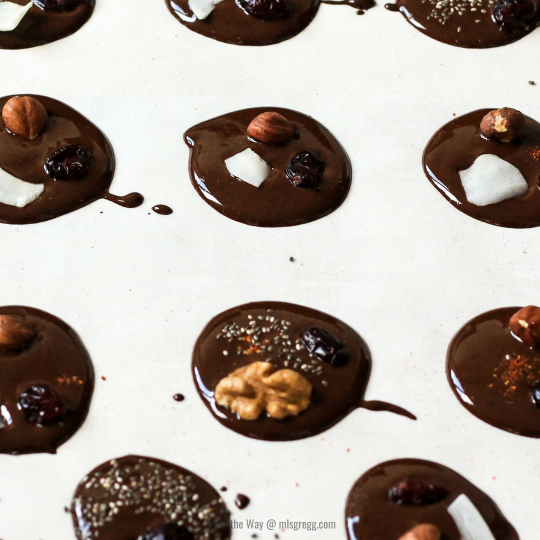 There has to be a better way of describing the sense that pervades my body. Usually, all cells are on high alert, every neuron firing quickly, every chemical either too abundant or to scarce for equilibrium. Though one who despises feeling and has moments of wishing she could actually become a robot, I feel deeply, constantly and unendingly. Changes in environment give me headaches. A furtive glance from someone, anyone, makes my mind whir, attempting to discern the meaning. One stress-point away from panic. Code Red, all the time, always.

No hum in my brain, no throb in my veins, no ache in my stomach. It’s like I’m cocooned in a blanket made of melted chocolate. Not too hot, not to cold. Just right. (And, if such a thing existed, delicious).

It’s a wonder to feel this way. The husband and I were talking the other night about how we both have a niggling wondering in the back of our minds every moment of each day – Is this it? Will the world break out into war right now? Is someone pressing the button to launch the nuke? Those questions are not unique to our generation, of course. But they sure are exhausting.

At least, I think we do. I hope we do. The screaming heads that make their way to the television screens and the Twitter streams can’t be representative of the majority – can they?

I sip my iced coffee as I look at the screen and wonder where this post is coming from and where it is going. That’s the thing with writing; the author doesn’t always know. My desire is to communicate…something to you today, something that I’m not sure I can find the words for.

The Psalmist says it best:

We’ve heard this verse a million times. People love to quote it at those who feel stressed out. Be still, man. God has you. That’s true. That’s not what I want to talk about.

Rûm: to rise, rise up, be high, be lofty, be exalted

Exalt: to elevate by praise or in estimation

So many people clamor for our attention. So many people want to convince us that they, and they alone, have all the answers. Pundits and lobbyists and advertisers and celebrities. People who, more often than not, have no actual expertise in the area about which they are pontificating. But they catch our attention. Because they’re loud and flashy and popular and we all want to be part of what’s popular.

Meanwhile, God doesn’t scream. He doesn’t strive. He doesn’t bully or push us. He doesn’t jump on bandwagons, make false promises or have to “walk back” anything He says. The lesson in confidence and identity is not learned in studying the biggest Instagram influencer or reading yet another self-help article (like we have time or attention for books these days. Yes, that’s me throwing shade. Go get a library card). It’s learned by looking at God.

He is who He is. He will do what He says He will do.

Let Christ Himself be your example as to what your attitude should be. For He, who had always been God by nature, did not cling to His prerogatives as God’s equal, but stripped Himself of all privilege by consenting to be a slave by nature and being born as mortal man. And, having become man, He humbled himself by living a life of utter obedience, even to the extent of dying, and the death He died was the death of a common criminal. That is why God has now lifted Him so high, and has given Him the name beyond all names, so that at the name of Jesus every knee shall bow, whether in Heaven or earth or under the earth. And that is why, in the end, every tongue shall confess that Jesus Christ is the Lord, to the glory of God the Father.

I’ve read, quoted and written about these verses more times than I can recall. Can’t help but dwell on them again as I consider God’s exaltation guarantee. It’s going to happen. The time will come when He will be lifted up. He will be praised. There will be no more debate or questions. Everyone who was, is and has yet to be will hit the deck in adoration.

Isn’t it interesting that He waits? That He doesn’t go on a cable infotainment show to try to prove how great He is? God is utterly, completely, secure in Himself. Human opinion doesn’t rattle Him in the slightest. He’s just not…bothered by whatever the theological equivalent of internet trolls are. He keeps on loving, keeps on tirelessly working to draw people to Himself, keeps on unfolding the plan set in motion since before time began.

Meditating on this reality is, I think, where the melted chocolate blanket feeling comes from. If God is secure and I am in Him, then I am secure. My identity, value, reputation, gifts, talents, all of it. None of it rests on any person who is just as flawed, fragile and feeble as me. I do not have to attempt to dredge up a sense of well-being in this stupid, chaotic world by clinging to a brand or a place or a political party. People don’t like what I write, okay. My name gets dragged through the mud, all right. Someone does hit that bomb button, hello nuclear winter and Heaven.

Someone said to me recently, “What people want is peace. They think they want solutions to this or that problem, but the driving thing is the longing for peace. Only God can bring that.”

Only God can bring the peace because only He is peace. In knowing and loving Him is found the strength, the iron will, the sheer cussed stubbornness to keep going. Preaching the words that glorify Him. Working for the things that please Him. Loving as He loves. Even when someone whips those words back at you like a cat o’ nine tails. Even when the job never gets done. Even when hate would be easier than love.

We have a chance to be truly different when we follow Christ. In fact, that’s kind of a big part of the point. Transformation isn’t just about Eternity. It’s about the here and now. No screaming, scrabbling or stabbing for us. Instead, let’s walk through this world with quiet dignity and grace, leaving footprints of mercy and justice wherever we go. Let’s embrace and live out our status as culturally dissident residents of an alien nation, illegal spiritual immigrants who won’t assimilate into the larger society. Not because we are reactive and hostile, but because we hold onto the peace of the melted chocolate blanket.