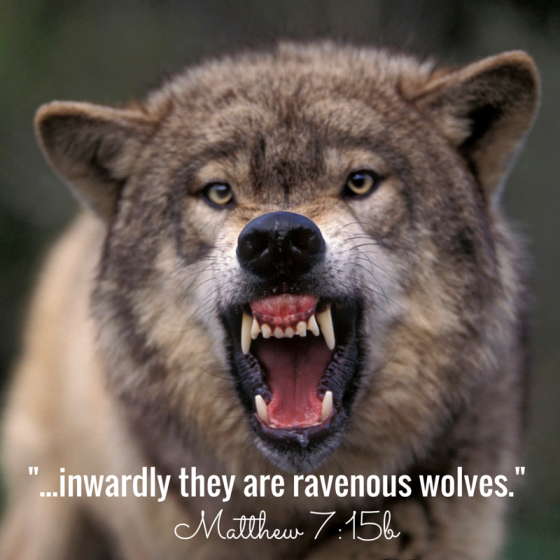 Before we get into this, my friend, I want to state adamantly that your salvation is determined only by how you respond to God now, not on anything you did before you were born or anything you do after you die. The Lord sets up each of us repeatedly to come to Him in repentance. He is ever-active and takes no delight in people being separate from Him. But we get one chance. On shot. It is this life and this life only.

Shepherd’s Chapel has a significant doctrinal link with the Church of Jesus Christ of Latter-Day Saints.

It’s the preexistence of humanity.

Mormon doctrine posits that, somewhere, out there (thank you, Fievel) the Mormon gods are having lots of sex with their harems and this results in many “spirit babies.” These “spirit babies” must come to earth and get a body so that they can “progress” through the various stages of exaltation and become gods/goddesses themselves. And the process is repeated ad infinitum.

Though Shepherd’s Chapel doesn’t teach that their god has sex and makes babies, they do follow the same essential line of thinking regarding preexistence. Where all the spirits/souls come from is unclear from my reading; either their god made them or they have always been around. (Problematic either way. If their god made these spirits, then did he mess up? Is that why he had to make physical humanity? If the spirits have always been around, then their god is not the only eternal being). Anyway:

Murray and his followers believe that humans existed prior to living on earth. Murray teaches, in regard to Genesis 1:26, that God “spoke to the Elohim, meaning God and his children, let us make that man in our image, which is to say make it look in likeness that we are. Do you appear as your soul appeared in the world that was…I told you, that God said, ‘In our image, our likeness,’ the Elohim were standing there, they were from before.” He clarifies, “We were always with [God] until you were born into this earth.” – Shepherd’s Chapel Profile

There is nothing in Scripture to back this up. Nothing. The only preexisting Person to grace the pages of the Bible is Jesus. If we somehow conclude that, because Christ is eternal, we are eternal, then we have a massive problem. We have reduced the Son. We have removed His utter and complete uniqueness. We create a savior that is not anything like the True Lord.

In doing so, we elevate ourselves. Notice that Murray implies that we, in our preexistent state, actually had a hand in creation. He misunderstands the word “Elohim.” This word is, indeed, plural, but in the creation account of Genesis it does not mean a plurality of gods, a group consisting of gods and spirit people or a group consisting of one god and spirit people. Despite being a plural masculine noun, when the word is used for the True God (“elohim” can be used for false gods in the Old Testament) the verbs, adjectives and pronouns are always singular. This defies the rules of Hebrew grammar. It would be like us saying, “Jane, Joan and Jenny went to the store. She walked.” There is something entirely unique about Elohim.

Further, it is ridiculous to think that the ancient Hebrews, who were told over and over again that their focus of worship was to be on one God, would write or believe that a plurality of anything was involved in creation. Such a thing flies directly in the face of everything they were taught. Over and over and over again, the Hebrews were told to have nothing to do with a pantheon of any size. The only explanation within an orthodox Christian framework is that God chose to reveal Himself as Elohim as an indication of Trinity.

This concept requires further examination. Much like The Church of Jesus Christ of Latter-day Saints, Murray and his followers believe that humans participated, prior to their mortal existence on this earth, in the rebellion in heaven described in Revelation 12:7–8. Those good individuals who fought on the side of Michael are those who, according to Ephesians 1:4 says, were “chosen…before the foundations of this world;” these individuals were predestined to salvation, and thus were not cursed with a free will. Those who fought on the side of Satan, however, received a free will with which to choose or reject God in this life. – Shepherd’s Chapel Profile

It’s hard to make sense of that. There’s a weird attempt to mix Calvin and Arminius. If you fought for God, you have no free will. You’ll automatically be saved. If you didn’t fight for God, you get to choose. Except neither Calvin or Arminus had anything to say about salvation having to do with whose side you were on in a battle in Heaven.

It’s interesting that both groups teach that there is a curse associated with those who didn’t fight for god (Shepherd’s Chapel) or didn’t fight valiantly enough (LDS). This leads to a second link between the two.

Shepherd’s Chapel teaches that free will is the curse. The LDS teach that dark skin is the curse. Spirit children who didn’t fight valiantly enough for the Mormon gods when Jesus and Lucifer (who are brothers) went to war over the plan of salvation came to earth with dark skin, which was a sign of the Mormon gods’ displeasure. So they couldn’t hold the priesthood. So they couldn’t ever achieve the highest level of exaltation. (But thanks to continuing revelation all that was done away with in 1978).

As discussed in the previous entry, Shepherd’s Chapel teaches that the descendants of Cain, the Kenites, are the literal offspring of Satan. Prior to 1978 the Church of Jesus Christ of Latter-Day Saints taught that:

Not only was Cain called upon to suffer, but because of his wickedness he became the father of an inferior race. A curse was place upon him and that curse has been continued through his lineage and must do so while time endures. Millions of souls have come into this world cursed with black skin and have been denied the privilege of Priesthood and the fullness of the blessings of the Gospel. These are the descendants of Cain. Moreover, they have been made to feel their inferiority and have been separated from the rest of mankind from the beginning…we will also hope that blessings may eventually be given to our Negro brethren, for they are our brethren – children of God – notwithstanding their black covering emblematical of eternal darkness.  – Joseph Fielding Smith, The Way to Perfection, 101-102

They’re our brothers…except that they are eternally dark.

Both groups have to “do something” with Cain. Odd, isn’t it? Doesn’t make any sense that Cain is such a big deal. He’s a completely minor character in the narrative of Scripture, despite having committed the first murder.

Simply, it is the elitism endemic in all false teaching. Sometimes this takes the form of class warfare (as found in the Hindu caste hierarchy). Sometimes this takes the form of racism, as in both Shepherd’s Chapel and the LDS. There are always the “better thans” in cult systems. Always those “in the know.” Always those who are “more blessed” than others, and their blessed state is evident.

According to a student of Murray, 95 percent of those who fought for Satan [which, because they are not followers of Arnold Murray, includes such individuals as this author and most readers of this Profile] will continue to worship Satan in this life. – Shepherd’s Chapel Profile

For all the posts in the Wolves in Shepherd’s Clothing series, go here.