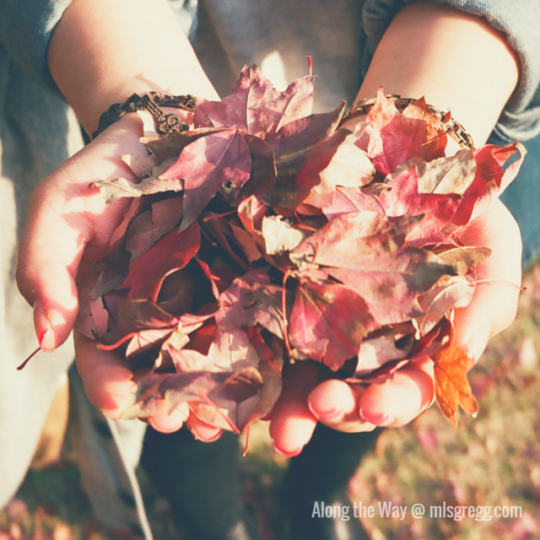 I have kept this under wraps. I can count on one had the number of people who know.

I am one of the many. One of the women who anxiously hoped that if “Penny” ever called, her parents wouldn’t be the ones to pick up the phone.

I make no secret of the fact that Chris and I had sex before we were married. I’m not proud of it. It was wrong. But I am free of condemnation because of the cleansing blood of Christ. God has forgiven us both, and it was in the midst of this sin that He clearly drew both of us to Himself. Though we had both made commitments to Him as children, it was during this time that we both began to understand the reprehensible nature of sin. We both began to understand our depravity and our need for a Savior.

Of course, we didn’t discuss it in that kind of language. Just after our engagement in July 2005, we began attending church together. As we drove back to my parent’s house one afternoon, I commented, “You know, we probably shouldn’t have sex on Saturday night and go to church on Sunday morning.”

Thus began the process of breaking old habits and learning to obey Him. It didn’t happen overnight, but by the time we were baptized together just before Christmas that year, we were committed to remaining sexually pure until our wedding day.

But there were stumbles along the way.

And so a trip to Planned Parenthood.

The chances that I was actually pregnant then are extremely low as the chances of me getting pregnant now are extremely low. We’re talking less than 1%. I didn’t know that then, however. I didn’t know that I was infertile. All I knew was that I was scared out of my mind. I wasn’t on any form of contraception at the time and we hadn’t made use of a condom. What was I going to do? How would I take care of a baby? What would people think? I didn’t want this.

Nervously, I made the appointment. We drove to the plain gray building in silence. It was a beautiful fall day, bright and sunny. I wore my favorite tan corduroy jacket.

I remember feeling like this was an out-of-body experience. Less than a decade prior I was so certain that I would never have sex before I was married and that I would never darken the doors of Planned Parenthood. I even signed the “True Love Waits” card and placed it proudly in my high school scrapbook.

I had no problem with the use of birth control under a doctor’s orders and supervision (and still don’t). I had been on a couple of contraceptive pills in my teens to try and regulate my unpredictable cycle, but didn’t stick with either one as they both made me feel sick. But Planned Parenthood is more than birth control. I knew about Margaret Sanger and her complex relationship with eugenics, racism, and classism, a relationship that cannot be separated from the organization she founded. I understood that the main service Planned Parenthood provides is not low-cost health care for women (of which I am an advocate), but abortion.

Yet there I was.

The lobby was ugly and uninviting. Plain gray walls. Gray carpet. Orange plastic chairs. I scribbled my name on the sign-in sheet. Chris and I sat down together. We did not look at each other. We did not hold hands. There was a young couple sitting to my left, a pair of teenagers. She had been crying. He looked afraid, bewildered.

The room was still and quiet. The receptionist worked busily behind her bullet-proof glass window.

I won’t demonize this woman. I have no idea if she performed abortions then or if she performs them now. I’m not saying that she was right or that the organization she chose to work for is right. But she was kind to me. I told her what had happened, what I was there for. She did not pressure me to do anything. She listened to me and gave me my options: Emergency contraception (the “morning after” pill, not the abortion pill) or wait and see.

She told me that the “morning after” pill wouldn’t stop the process if a fertilized egg had already implanted into my uterus, but it would prevent fertilization and implantation from happening if it hadn’t yet occurred. She told me that I should probably go to the store and get some motion sickness medicine as the high-dose hormone pill might make me nauseated. She instructed me how to take the pill, showed me some information about it and put everything in a brown paper bag. It was my choice whether or not to take the pill (I didn’t have to take it in the exam room, in front of her), but I did need to make my decision within a couple of hours.

We went back to the car, still in silence.

I took the pill.

We stopped at Wal-Mart for motion sickness medicine, which I also took.

I will never forget that October day. It is a moment that I have long wrestled with.

When I was in therapy, my counselor and I discussed this at length. In addition to being a very wise and godly woman, she was also a registered nurse. She knew the reproductive system backward and forward. She explained to me that, since I did not ultimately go through a pregnancy, that the “morning after” pill did its job. It functioned just like taking a birth control pill on a daily basis does. I did not have an abortion, because there was no baby.

I understand that. I accept that.

Nevertheless, I also know what my motivation was. I know the intentions of my heart. I did not want to be pregnant. I did not want a baby to “mess with” my plans. I was afraid of being judged by my family, my friends, my church. Chris and I were dealing with some other very difficult and heavy things, and I did not want to have a baby on top of that.

It was a completely selfish decision.

As I said above, I am not one who believes that using birth control is wrong. While I would much rather see people, especially young people, embrace the safe and beautiful sexual ethic laid out by God, I know that everyone is free to make their own choices. If people are going to engage in sex outside of marriage, I would rather they use contraception than have abortions or abandon more children to a broken foster care and adoption system. Within marriage, family size and the spacing of children, or choosing to not have children, is between the couple and God. Scripture says that children are a blessing, but there’s nothing there that says they are a requirement.  So the “morning after” pill itself is not the problem, and I unequivocally support its use in cases of rape or incest.

The problem arises when a woman like me uses it out of fear and selfishness.

I also have a great deal of compassion for that woman, and won’t throw stones.

I don’t have that right.

Nor do I have the right to condemn a woman who has had an abortion, because that was the intention of my heart. I determined to end the life of the baby that we might have conceived. That’s the cold, stark truth of it.

It was fear that motivated me to go to Planned Parenthood, and fear that has kept me silent. I’ve seen the reactions when women share their stories. I’ve read the comments, heard the words. I know just how nasty people can be. And there’s no need for it. No excuse.

In this highly polarizing arena, the Church needs to get better at extending grace to women like me. We need to explain and live out the fact that there is nothing that God won’t forgive if we but ask in humility and repentance. When we talk about abortion, we need to remember that there are people in the room who walk through their days with this burden on their shoulders. Yes, let’s be truthful. But let’s not forget love. Let’s not forget that we, too, are sinners, even if this not our sin.

A “pro-life” culture cannot focus on birth alone. A “pro-life” culture must be one whose members come alongside single parents. Who adamantly refuse to be nasty. Who offer rides to doctor’s appointments, provide job references, give money, throw baby showers, offer to babysit and just, you know, practice that whole kindness thing. Be the support system so desperately needed.

I am so grateful to God. More and more I understand how wretched I am. More and more I am amazed at the marvelous gift of salvation. He justifies and sanctifies me. I can do neither of my own volition.

Then one of the Pharisees asked Him to eat with him. And He went to the Pharisee’s house, and sat down to eat. And behold, a woman in the city who was a sinner, when she knew that Jesus sat at the table in the Pharisee’s house, brought an alabaster flask of fragrant oil, and stood at His feet behind Him weeping; and she began to wash His feet with her tears, and wiped them with the hair of her head; and she kissed His feet and anointed them with the fragrant oil. Now when the Pharisee who had invited Him saw this, he spoke to himself, saying, “This Man, if He were a prophet, would know who and what manner of woman this is who is touching Him, for she is a sinner.”

“I [Jesus] say to you, her sins, which are many, are forgiven, for she loved much. But to whom little is forgiven, the same loves little.”

The grace of our Lord was exceedingly abundant, with faith and love which are in Christ Jesus. This is a faithful saying and worthy of all acceptance, that Christ Jesus came into the world to save sinners, of whom I am chief. – 1 Timothy 1:14-15 (NKJV)