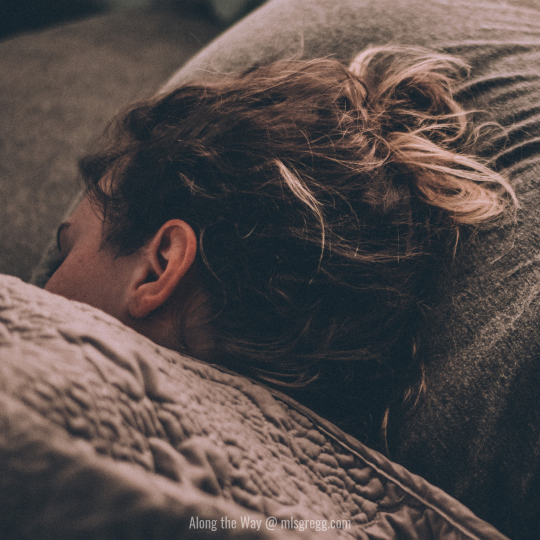 While He was going, the crowds were nearly crushing Him. A woman suffering from bleeding for twelve years, who had spent all she had on doctors and yet could not be healed by any, approached from behind and touched the end of His robe. Instantly her bleeding stopped.

“Who touched me?” Jesus asked.

When they all denied it, Peter said, “Master, the crowds are hemming You in and pressing against You.”

“Someone did touch Me,” said Jesus. “I know that power has gone out from Me.” When the woman saw that she was discovered, she came trembling and fell down before Him. In the presence of all the people, she declared the reason she had touched Him and how she was instantly healed. “Daughter,” he said to her, “your faith has saved you. Go in peace.”

A garden, long ago. A place of beauty and tranquility. Lovingly crafted by the hands of God. Every detail bold and bright. Shimmering sunsets, gentle breezes, flora and fauna in abundance. Harmony. Peace.

A question. Did God really say? A bite. Another bite.

A direct line from that day to hers to ours. From that question to this question.

God is omniscient. He knows all. While Jesus chose to set aside His rightful place of honor and glory during the Incarnation, I don’t for second believe that He lost this omniscience. He knows very well who touched Him. After all, He’s the one who knitted her together in her mother’s womb. He’s the one who knows the number of hairs on her head.

So why does He ask?

As believers have comfortable communion with Christ, so they have comfortable communications from Him incognito—secretly, meat to eat that the world knows not of, and joy that a stranger does not intermeddle with. Here is a discovery of this secret cure, to the glory both of the physician and the patient. Christ takes notice that there is a cure wrought… Those that have been healed by virtue derived from Christ must own it, for He knows it. He speaks of it here, not in a way of complaint, as if he were hereby either weakened or wronged, but in a way of complacency. It was His delight that virtue was gone out of Him to do any good, and He did not grudge it to the meanest; they were as welcome to it as to the light and heat of the sun. Nor had he the less virtue in Him for the going out of the virtue from Him for he is an overflowing fountain.

When God asks a question, it is not because He doesn’t know the answer. Rather, He is inviting the one questioned to step into relationship with Him, whether for the first time or as a move toward deeper intimacy. The questions are not about Him and His knowledge, but about us and ours. Do we truly believe? Do we really trust? Do we actually understand?

A question is a pause. Necessary contemplation follows the asking. (At least, it should; sometimes we choose to shoot off our mouths instead, and thus make situations worse). To hear the upward inflection at the end of a sentence, indicating the mark of inquiry, should move the listener to take a breath. To consider.

Just who was it that touched Christ?

She had a decision to make. Would she slink away, healed but continuing to operate out of a place of isolation and shame? Would she keep her eyes on the ground and mutter something incoherent about what had happened? Would she look the Savior full in the face and say, loud enough for all to hear, that her desperation had driven her to Him, and He had made her well?

He is beckoning to her, calling her to take a stand.

To take on a new, and true, identity.

It’s easy to be consumed by illness. Try as you might, many hours of many days are taken up by the attempt to care for the frail, faulty body. Those of us who battle chronic illness learn new terms and definitions. We speak in not quite the technical sentences of physicians, but in a sort of sub-language, related to pain and suffering. We rely on alarms to remind us what medications to take, and how much of each one.

But this is not who we are. Not who I am.

Illness is not me. It’s a part of me, but not the entire. Yes, I am tired. Yes, I’m in pain. But these facts fade and blend into shadow when compared with other, Divine labels: accepted, beautiful, beloved, called, chosen, gifted, purposed, redeemed. That’s who I am. That’s how Christ sees me.

I forget this, for many reasons, not all of them related to illness. So when God asks, “Who?,” I know that the question arises not from condemnation, but from love. He desires for me to operate out of my true identity, just as He did her. He invites me, and you, and her, to live in a place of freedom, whether we ever experience physical healing as she did. And yes, oh, yes, my friend; we can be free, even if we are trapped in beds or wheelchairs, for these bodies are temporary things, set to be remade when God says “go.” But our souls, they are not trapped. They can sing and soar.

For all posts in the Sisters series, go here.