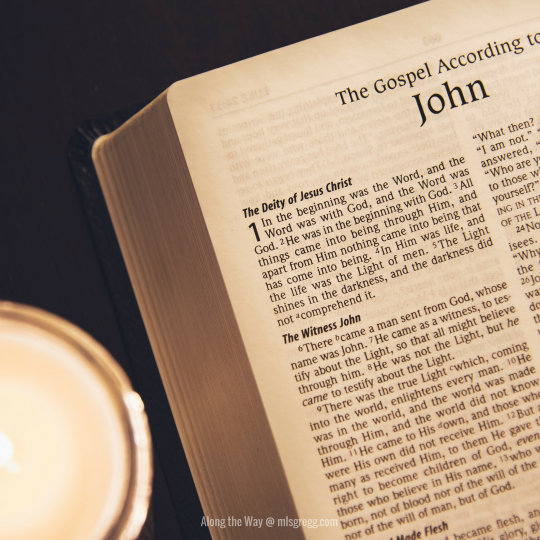 Someone recently asked me what I want my “brand” to be.

Yeah, I’m not in marketing. I don’t know. Maybe “lovable curmudgeon”? Or “tough outer shell hides big gooey center”? Perhaps “read the Bible, people, before I flip this table over”? Or “holy moly, she’s intense and I’d better back away slowly”?

Everything and everyone is a commodity, it seems. Figure out your audience, who you want to reach, and mold yourself to that.

And if you don’t fit any mold?

This is not the first time I’ve written about this topic, so clearly it’s under my skin. I saw something on Twitter the other day – really wish I had taken a screenshot of who said this, but I didn’t, so please direct me to the source if you’ve got it – a few little lines that pointed out that we assume that a man’s perspective is neutral. A man can, and should, write to and for both men and women. If, however, a woman writes, we assume that she’s writing for women only.

Made me think, too.

How many men have studied the book of Ruth? The book of Esther? Have gone through and carefully picked out the stories of the heroines of the faith, cherishing them as they do the tales of David and the Apostles?

I don’t have answers to those questions. I do wonder, though, how many men subconsciously shrug their shoulders and think, “Nah. Those are chick stories. Nothing there for me.”

Except it’s the word of God.

Of course I’m not claiming that I or any other female writer is on the same level as Holy Scripture. You’d probably find charred ground where my body used to occupy space if I did that. What I am claiming is that this weird divide in the Church runs deep. It’s more than squabbling over whether or not a woman can preach, which solid, orthodox Christians can reasonably disagree on. (For the record, I think complementarians are wrong, but they think I’m wrong, so it’s all good). It’s this bone-deep belief that women don’t have anything of substance to say. That a man can’t possibly learn anything from a woman because “she doesn’t get it.”

But I, a woman, am automatically expected to adjust pronouns and situations in my head when a man preaches or writes. I am expected to “get” what he’s talking about when he relates a theological concept to, I don’t know, a football game or working on a car. (Yes, super broad and stereotypical).

What is that? Why do we do this?

See, my mind is full of more than glitter and fluff. I want to write about, learn about, teach about concepts and stories that are found in other places than the “pink pages” of Scripture. Not that glitter, fluff or pink pages are bad. I’m a fan of glittery shoes and pins, I love me a fluffy blanket and nobody is ever going to convince me that Ruth and Esther are boring or “light.” But I can also discuss theories of the kenosis. I can tell you about the times the Holy Spirit speaks to me when I’m folding laundry. I wrote a book exploring the intersection of suffering and theology. (Shameless plug. Girl’s gotta pay those bills, you know).

In no way do I wish to diminish my brothers. I want to see men functioning in the full freedom and gifting that God has blessed them with. That shouldn’t come at the expense of the sisters, though. I want us to step up and embrace who and what God has made us to be as well (and that really does extend beyond nursery duty).

There’s this chapter in Scripture, Hebrews 11. We call it the “Hall of Faith.” And it is. But it’s also the “Hall of Freaks and Weirdos.” You think Noah let the fact that nobody had ever seen rain keep him from building the boat? You think Joseph was concerned about his branding, how it looked when he told his people to take his bones back to the Promised Land? You think Rahab was worried about losing her clientele when she hid the spies and threw herself into the mercy of God?

We thrill to these stories because they are of people, just like you and me, who dared to follow where God led them. While none of them were perfect (Abraham gets some serious side-eye from me), the overall pattern of their lives was one of focusing on Him. They weren’t worried about an audience, about metrics, about statistics, about who should and shouldn’t be doing what. He said “go,” and they went. As simple as that.

This is what I long for in the Church. How I would love for us to shed the language of “tribe” and “role.” How I ache for us to be still and seek His will. How I wish we would stop trying to put a Jesus veneer on what the world around us is doing and just be what He wants us to be – committed, obedient, loving.

Wouldn’t that be nice? Wouldn’t it be great if we stopped erecting artificial barriers? If we stopped believing, “He/she can’t speak into my life because I only let this type of person do that?” If we stopped crafting articles and sermons based on what we know people want to hear and instead speak and write as God commands?

Sounds wonderful to me.