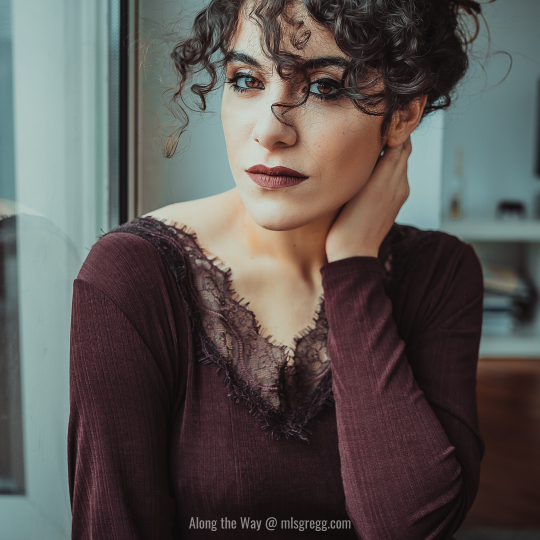 In my post Sex and the Christian Family I touched on the need to discuss modesty of dress with children of both genders. As “modesty” is a buzzword with varying interpretations, I’d like to share with you exactly what I mean when I use it.

First, there is a huge difference between endorsing sensible modesty of dress and endorsing what is sometimes called “purity culture,” a culture that often goes hand-in-hand with Christian fundamentalism. While I do think that there are fundamentals of faith, things that must be believed in order to be a Christian (the literal death and Resurrection of Christ; the hypostatic union; the virgin birth; the inerrancy of Scripture, for example), I’m not a fundamentalist. I don’t believe in strict gender roles. I don’t think that the Genesis account of creation has to be interpreted as six literal days (though I also don’t accept naturalistic evolution, so basically I make nobody happy). I don’t think God has a problem with women preachers. (I wrote about this in the series Not the Fundamentals if you want more).

Purity balls skeeve me out. Frankly, they give off an incestuous vibe. I have no problem with fathers taking their daughters out for a special day as they near dating age and sharing with them how a young man should treat them (with respect, as an equal), but the whole idea of a father pledging to protect his daughter’s virginity and the language so often used at these events that reduces her to a piece of property…no thanks. I’m also not wild about purity jewelry; it’s meant to serve as a reminder, but I imagine it only impacts the sense of shame if a bad decision is made.

Neither do I think that modesty of dress for women is all about men. (Sorry, guys). The “men as visual creatures” argument has been hyped to the point of ridiculousness. Yes, there is truth to it, but all too often this is used as a way of placing the responsibility for male sexual purity on the shoulders of women. I can’t get behind that. I won’t get behind that. Nothing in Scripture supports the idea. Men need to take responsibility for themselves.

So, why do I think that women should dress modestly? And what does that even mean?

The way a woman dresses reflects her sense of self. Every woman chooses what she wears, whether she claims to care about it or not. (In fact, “not caring” conveys a message about identity through dress). Clothes don’t just fall onto us haphazardly. We aren’t at their mercy. We make deliberate, even if occasionally hurried, even if sometimes detached, decisions. Pants. Skirt. Shorts. Heels. Flats. Flip-flops. T-shirt. Blouse.

My desire is that women see themselves as Christ sees them. I want to see myself through His eyes. From all that I have learned from Scripture and the impressions of the Spirit upon my soul, God sees women as beautiful, dignified and worthy. He desires that we navigate life in the knowledge of our royal status as His daughters.

And princesses? They don’t dress trashy.

Someone is going to object to my use of the word, but that’s my basic rule of modesty: Is it trashy? When women walk around with their breasts hanging out or their butt cheeks peeking out or their underwear making an appearance when it shouldn’t (intentionally; we’ve all had our moments when something slips), that says a lot. I’m not talking about what other people say about it. I’m talking about what she says about herself through her clothes.

Does a woman respect herself? Does she understand that she is more than a body? Is she so desperate for attention and affirmation that she’s putting herself on display? Those are the questions that matter, and they are answered less in words, more in actions. And the action of what clothes we choose shares our answers.

I love fashion. My closet is packed with clothes and shoes (almost exclusively from thrift stores, thank you very much). Modesty has nothing to do with eschewing color, cut and style. It has nothing to do with rejecting trends and being deliberately out of touch. It is not about being covered from the neck to the ankle.

Modesty is about understanding who we are. It is thanking God for every curve, every inch of skin, and recognizing when, where and how to share those curves and that skin. There are no hard and fast rules. A scoop-neck tank can be flattering on one woman while it causes another to share more information than is necessary. A pencil skirt can be great when paired with a drapey top. It becomes something else when paired with a cleavage-highlighting blouse.

This is because modesty isn’t really about the clothes, but how and why we wear them. Modesty is ultimately an attitude. One of its synonyms, interestingly, is unpretentious, which is defined as “not attempting to impress others with an appearance of greater importance, talent, or culture than is actually possessed.” If we really think about that definition, any system or understanding that deliberately rejects fashion and insists upon women being clad exclusively in long skirts and loose tops, or dresses, can actually be the opposite of modest. (It’s also legalism).

Addendum: I don’t want men to think they’re off the hook, because they aren’t. Just as men cannot blame women for their sexual struggles, neither should they be (or claim to be) utterly clueless about what they wear or how they present themselves. It’s possible for men to wear trashy clothes. It’s also possible for men to get wrapped up in rules about what they wear. Everything that applies to women in terms of modesty applies to men.

Also, clothing and style are things that we cannot, repeat cannot, be judgmental about. We have no right to think less of someone because of her clothes. We don’t know what’s going on in her heart and mind, what motivates her choices. Everyone, regardless of how they dress, is made by God and bears His image. They deserve to be treated as such. No matter what. This means that nobody ever “asks for” any kind of abuse. Nobody ever “invites” or “wants” rape. Such claims are baseless and disgusting.