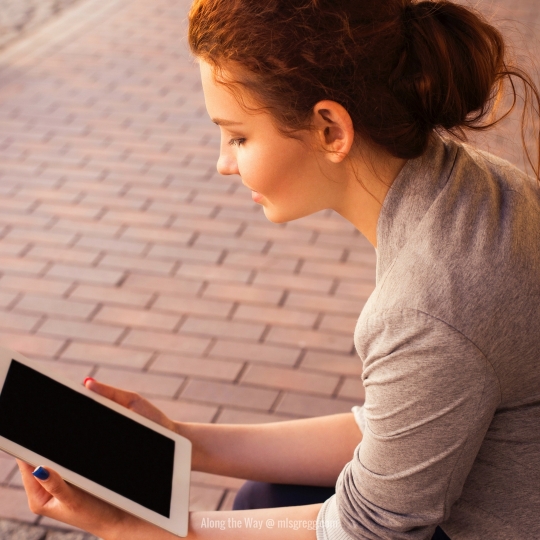 Twitter lost its collective mind over the last week.

At least the part of the tweet stream that I swim in.

CT Women, an arm of Christianity Today that bills itself as “news and analysis from the perspective of evangelical women,” launched into a two-month long series called #AmplifyWomen: A New Conversation About Leadership and Discipleship. The first entry, “Who’s in Charge of the Christian Blogosphere?,” written by Tish Harrison Warren, stirred up an incredible amount of ire. I confess that I felt that ire at first. I’m as egalitarian as they come. “Feminism” is not a dirty word to me. My knee-jerk reaction after reading the article was to wonder why men weren’t being called to the carpet. Men like Douglas Wilson, Mark Driscoll, John Pavlovitz. Men – conservative and progressive – who teach harmful things. Why were women being labeled the “bad guys?”

Thankfully, I watched the responses before adding my voice to the cacophony. Often wisdom is found in waiting. I took the time to pause and reflect. The more I thought about it, the more I liked Warren’s article, for several reasons:

Do I think that it’s practical or workable for every blogger to submit every piece he or she writes to some “board of blogging overseers?” Of course not. I don’t believe that Warren thinks that’s a good idea either. A large portion of accountability should be left to the readers, who need to know the Scriptures well enough to be able to discern when someone is “off.” (I’m talking about unorthodox “off” here, not legitimate differences in interpretation). Those readers should attempt to correct that author, and then stop following that author and warn others about him or her if he/she refuses to be corrected. At the same time, there’s nothing wrong with or oppressive about going to our pastors and saying, “Hey, could you check this out? Have I written anything heretical lately? Would you come around me and support this ministry I’ve got going?” That just makes sense. That’s the Body doing what its meant to do.

The main objection to Warren’s piece appears to be her inclusion of one particular author as an example of the blogosphere phenomenon and the questions surrounding it:

One of the most prominent recent examples of this crisis involves the popular blogger Jen Hatmaker, who last year announced that her views about homosexuality have changed. She was cheered by some and denounced by others. LifeWay stopped selling her books. Aside from the debate about sexuality, broader questions emerged: Where do bloggers and speakers like Hatmaker derive their authority to speak and teach? And who holds them accountable for their teaching? What kinds of theological training and ecclesial credentialing are necessary for Christian teachers and leaders? What interpretive body and tradition do these bloggers speak out of? Who decides what is true Christian orthodoxy? And how do we as listeners decide whom to trust as a Christian leader and teacher?

The accusation, coming fast, heavy and from multiple voices: “You’re trying to tear down Jen Hatmaker!”

There’s nothing offensive in that paragraph. Absolutely nothing. No name calling, no shaming. Just the facts. Hatmaker did announce a change in her views. Some did cheer. Some did not. Lifeway pulled her books.

Apparently stating the facts is now a mean thing to do?

Jonathan Merritt published a scathing retort,  “Why I’ll take courageous Jen Hatmaker over her cowardly critics any day,” over at Religion News Service. Phrases like “conservative mafia,” “evangelical aristocracy” and “institutional machine” litter the piece. I don’t condone nastiness and I have no doubt that Hatmaker has encountered some – but there’s a massive difference between nastiness and disagreement, between character assassination and parting from someone over irreconcilable doctrinal differences. It isn’t wrong to say, “I don’t agree with this stance you’ve taken and here’s why.” It isn’t horrible to tell your friends, “I don’t think you should follow this person and here’s why.”

Warren wasn’t attempting a shade-throwing take-down. There was no need for “progressive Twitter” (not my phrase and I can’t remember who coined it) to scream bloody murder. And in that scream is an important, unspoken claim: I should feel sorry for Hatmaker. I should defend her.

Between Facebook and Twitter, she has 757,563 followers. Her books are (and will probably continue to be) bestsellers. She had a TV show. She’s a featured speaker with the Belong Tour (if you can figure out exactly what that tour is about, you’re smarter than I am). Her articles for the Today show’s parenting site have been read by almost seven million people (if I am interpreting that statistic correctly; go here and decide for yourself). She testifies to a happy family life. By all accounts, she is beloved and successful.

No leader is or should be immune to criticism.

Most fascinating to me about the whole brou-ha-ha is the near-complete lack of response to the second entry in the series, “The Great Female Commission,”  because another supposed fault of Warren’s piece had to do with her not addressing the lack of opportunities for women of color in ministry. She, a white woman, wrote from a place of “privilege.” Again, it was impossible for her to cover everything in that article, but I do recognize the validity here. The Church has a terrible track record with women in general, and an even worse one with women who aren’t white.

And there’s very little engagement with it.

I see you, Twitter. I see you complaining about hashtag appropriation (#amplifywomen rose out of the Women’s March back in January), which has to be one of the dumbest, most nonsensical things ever. I see you mercilessly laying into a woman who dares to express a view different from you, the very thing you vociferously condemn others for doing to your preferred Christian celebrities. I see you talking a big game about supporting and uplifting women of color and then refusing to engage with Natasha Sistrunk Robinson and her thoughts on discipleship.

Your outrage is hollow.

Addendum: Warren posted a follow-up to the CT Women piece on her personal site. April Fiet shared a thoughtful response, as did Hannah Anderson.