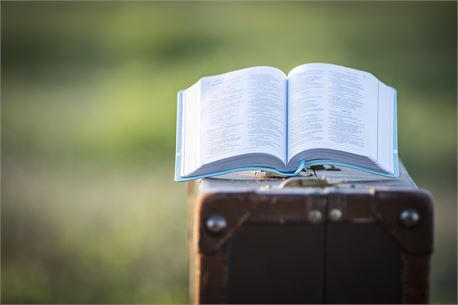 The Not the Fundamentals series was far from exhaustive. There are many other things we could have examineds: Should women work outside the home? Should Christians go to college? Should the internet be allowed in the home? Dating, courtship or something else entirely? Public, private or home school? Are the seven days of creation literal or figurative? All of these topics and more are discussed passionately throughout the blogosphere and in books, magazine articles, radio shows, podcasts, etc.

But I think we’ve covered enough and that my point is clear. There are definite commands that Christians are called to live out. I don’t dispute that. What I do stand against is legalism. Insisting on a certain style of dress, a certain way of schooling, a certain type of entertainment or any number of things as evidence of Christian faith is nonsense. Anyone can conform to a list of rules. Anyone can play the game. Being “good” doesn’t equal salvation at all.

What is also apparent is that the legalism found in today’s fundamentalist circles is particularly aimed at women. If an adult woman wants to have a lot of kids and be a stay-at-home wife and mother, more power to her – as long as it’s her choice. Men are not the priests and rulers over women. How this blatantly pagan idea has worked its way into Christian circles is beyond me. Throw certain proof texts around all you want; the understanding that men are to rule women and that this was God’s design before the fall is built on a nineteenth century view of the world. Women are accountable to God for their lives. We have free will. We stand before Him, reflecting something of His image, completely on equal footing with men.

I hope you come away from this series with a desire to live your life in complete surrender to God, rather than to the dictates of humankind.

3 thoughts on “Not the Fundamentals: Conclusion”