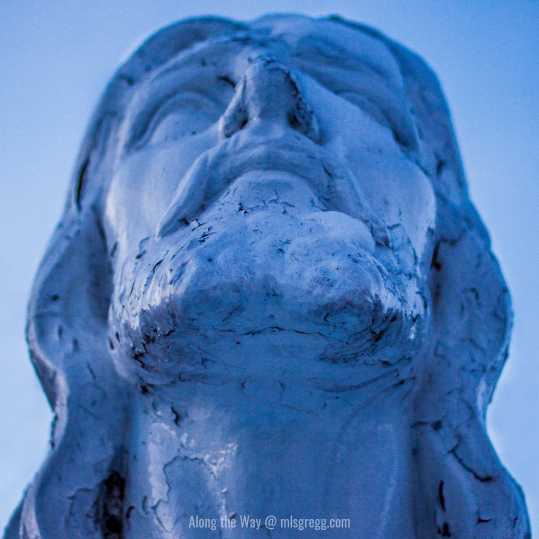 Any of these names sound familiar? Perhaps not, but the topics they – and many others – address should be. Namely, each of these authors/teachers are members of or have been influenced by the Jesus Seminar (though Ehrman would disagree), a think-tank founded in 1985 by Robert Funk in order to do research into what is termed the “historical Jesus.” The purpose of this group, and many other individuals without, is to peel away the supposed layers of myth, dogma and legend which surround Jesus of Nazareth, bringing the world out of darkness of ignorance and into the light of scientific, critical intellectualism.

Now, don’t get me wrong. I’m not against studying, searching, questioning, and I’m certainly not against higher learning. This post is not an anti-intellectual rant. Nor is it an attempt to de-value the study of the historical Jesus. I feel that seeking to understand the cultural and social context of Jesus and His disciples; seeking to know more about how they lived, what they dealt with, what the issues of the day were, how Jesus taught, how His audience would have understood Him, etc. is not a bad thing. In fact, I’d even go so far as to say that this kind of research – the kind that I’m shelling out lots of cash to get a degree in – is of vital importance to Christians.

It’s called theology, and it is meant to be more than a set of abstract ideals.

The purpose of this post is, instead, to shed a little light on this quest for the historical Jesus. It’s a big deal, really. Can’t hardly turn on the television or walk into a bookstore without coming face to face with this or that claim, with this or that idea. People are talking about Jesus, and they’re talking about Him all the time. What are they saying, though?

To begin with, Funk founded the Jesus Seminar with the purpose of  “disabusing laymen of the mythological figure they have been taught to worship and bringing them face to face with the real Jesus of history.” ¹ There are two glaring implications within that sentence:  1) You are a deluded and abused person if you really believe that Jesus was the Messiah and 2) there are people smarter than you who can show you just how wrong that is.

I don’t know about you, but I am far less likely to want to listen to someone if they begin from a base of thinking that I’m deluded or stupid. (Ignorant, perhaps, because nobody really knows all there is to know about everything – except for God. Isn’t that what this all about, anyway?) I do have my own mind. I’m not so weak and fickle as to just go along with whatever the pastor, the Sunday school teacher, the author, the radio personality, etc. tells me is true.

Even if you do come into the “light,” however, you’ve done so by assenting to what the smart person with the degree and the book and the lecture circuit has told you. You’ve still basically got mush for brains; you’ve just transferred your allegiance from one place to another. Isn’t that strange? The elitist clergy vs. the elitist intellectuals. I have to confess that it makes me chuckle when I read the same sorts of insults flying between the two camps. The words may be different, but the argument is the same.

Moving on. In my experience, any scholar claiming Christian faith is automatically labeled as biased. I don’t argue with that. I am biased. I have a certain view of life. What I take issue with is that those who write about Jesus and who see Him just as some Jewish sage or nationalistic icon are lauded as being without bias. How on earth is this possible, when these same scholars write:

“The contemporary religious controversy turns on whether the world view reflected in the Bible can be carried forward into this scientific age and retained as an article of faith . . . . the Christ of creed and dogma . . . can no longer command the assent of those who have seen the heavens through Galileo’s telescope.” ²

You may be wondering where the bias is in that. This paragraph reveals an anti-supernatural stance. Anything miraculous is automatically rejected before one even sits down to look at the evidence. I disagree with this stance, but I don’t necessarily have a problem with someone having it, as long as they admit to it. It’s a bias. It’s looking at the world a certain way, and of course the historical Jesus fixed upon by someone with such a bias is going to be a remarkably natural fellow, just exactly like you and I.

This leads to some interesting mental wrangling. If anything supernatural is rejected, then by definition anything supernatural is not historical. It is completely made-up. It has to be. Is this not, however, circular reasoning? Depending upon the conclusion to define the beginning? Honestly, this is something that we all do, as much as we’d like not to, especially when it comes to matters of faith (or lack thereof). Again, the important thing seems to be a willingness to admit it.

This bias leads to another consideration. Modern scholars – even popular authors – who wish to separate the Jesus of history from the Jesus of faith (if such a thing can be done) often assert the primacy of the apocryphal “gospels,” like those attributed to the Apostle Thomas and to Mary Magdalene. Ever heard of Dan Brown or “The Da Vinci Code?” Thomas, especially, is given quite a lot of attention, despite sound evidence of the work being written later than the Biblical Gospels, as derivative of them and an example of early Gnosticism. (In fact, the level to which Thomas is dependent upon the canonical Gospels is astounding. Examination of the “gospel” also shows it to be a document written by the hand of a religious syncretist, a phenomenon not uncommon in the ancient world, or even today).

The reasoning behind this elevation of Thomas is as follows:

1. The Gospel of Thomas is an early, primary source.

2. Because no apocalyptic sayings are found in the Gospel of Thomas.

“Why is that evidence of an early date?”

3. This is evidence of an early date because Jesus wasn’t into Apocalyptic {teaching}.

4. Because the Gospel of Thomas proves he wasn’t.

“Why believe what the Gospel of Thomas says?”

1. The Gospel of Thomas is an early, primary source. ³

Of course, the non-canonical “gospels” and other writings of Gnosticism, even the works of those attacking Christianity, have to be true; they have to be examples of authentic Christian faith in the early centuries.  Why? Well, the only other writings there are to work with are found in the Bible. And most of what they record is false. So there have to be other sources that are true.

This leads us once again to face the pretensions of these scholars and theologians. (How the latter term applies, I am not sure). Anyone in alignment with this fuzzy, proto-hippy, just chill out Jesus presents him or herself as being the authoritative voice in media around the world. The translation of the Gospels that they often refer to is known as the “Scholar’s Version,” implying that those who worked on the NIV, NASB and any number of other translations were not really scholars. There, there, you poor duped soul who believes that Jesus was the Messiah. We’ll show you the right way to think.

The only reasonable conclusion to draw is that the view propounded by the Jesus Seminar and those who align with them is agnosticism or atheism that feels the need to “do” something with Jesus. (That’s not an attack on agnosticism or atheism, by the way. It is simple logic.) There is a recognition, an understanding, that Jesus was a special, unique figure, coupled with a total unwillingness to think that there’s really anyone higher than self. Jesus must be grappled with, but He cannot be the Messiah. The Messiah is a myth.

Thus, there is something other than unbiased scholarship going on here. There is a socio-cultural agenda. Everyone’s got one. These folks just aren’t owning up to it. Keep that in mind the next time you enter the bookstore or watch that television special.