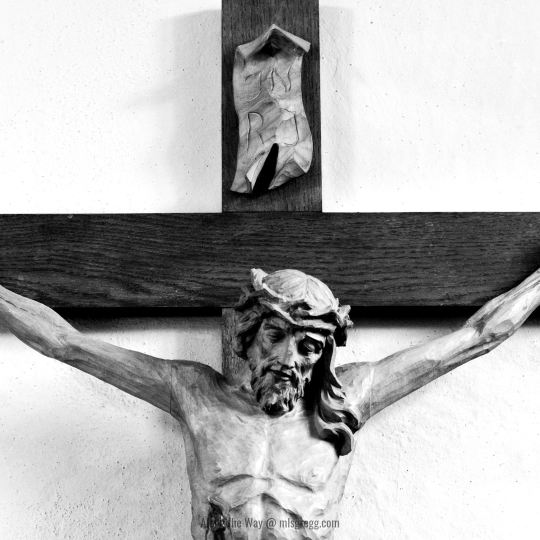 Darkness reigned within my soul for years. My head was constantly filled with evil shouts, driving me to do terrible things. I don’t know why they wanted me. Maybe I never will. All I know is that my heart was cold. I had no life. My lungs ached for a taste of pure oxygen, but all I ever got was the putrid stench of Hell itself.

People tried to help me. My family hated to see me in such a state, I know, but they feared me as well. I would lash out at them. I would throw things. Sickness rose up and flowed out of me. I wanted to hurt them. I wanted to hurt myself. I couldn’t understand why. In the few moments of clarity I did have, I would try to apologize. I would try to make it better, let them know that I loved them. But those moments were few and never lasted. Always, always the darkness came rushing back in, more powerful than before.

I was adrift. Lost. Helpless.

The prayers of the righteous did nothing for me. The demons laughed in my head. They weren’t coming out any time soon. I wanted so badly to wage war against them, but they were too strong. I just couldn’t. I was too small, too feeble. I was a slave to them. They compromised me. I couldn’t choose.

I was defiled. Unclean. Ugly.

They told me all sorts of twisted lies. I know they wanted me dead. I do not know why I did not end up that way, save for the grace of God. Why would He be keeping me back from such a fate, though? Hadn’t He abandoned me over to this clinging evil?

Didn’t He think I was worthless?

One day…. It dawned just as any other day. I slept little then. In a perpetual state of exhaustion, I wandered. My mouth spit nasty curses at those I passed. My clothes were ragged, my hair uncombed. I felt the vacancy of myself screaming out at the world. Did no one see? Was there nothing to be done?

He looked right into my eyes, and, oh!, how I could hardly bear it! The demons within instantly fell silent. I fell to my knees, powerless before this Man. This Lord. I wanted desperately to look away, to crawl into a hole and hide from that everlasting light. But I remained, riveted.

He said my name!

He commanded the demons to come out of me. They battled Him, throwing me to the ground, thrashing my body. It was no use. They were no match for Him. One by one, they detached themselves from me, leaving me a battered mess on the ground at His feet. I was too stunned to think or even breathe. Then… Jesus, He knelt down. He lifted me to my feet, that same intense gaze boring into my own.

I knew in an instant that I could never leave His side. This was it. Jesus was all that mattered. I would do everything within my power to be with Him, to support Him, to learn from Him. I wanted to sit forever at His feet.

Was it years that followed? I don’t know. I lost track of time with Him. Time didn’t matter to me. I know now that it should have. I knew that He was the King, come to set us free! Any day He would reveal Himself, march on Jerusalem and overthrow the conquering Romans. The whole earth trembled with the excitement of it!

I wanted to be part of it, to be part of Him. It didn’t matter to me what sort of position I had, as long as it was in His house. That’s all I knew. I didn’t want to go back to the dark place of yesterday. I wanted to live in His warmth and His truth. I knew that I was special and worthy to Him. I don’t know why. He simply declared it to be so, and how could I say anything less?

Passover came. It was terribly significant, this meal, to us, the Jews. This night, however, there was something…more. Something dreadful hung in the air. I recognized the presence of evil, but I hoped that Jesus could stop it. He ate the meal with the 12, while we women served. I heard Him say strange things about being betrayed and this being the last time He would eat the Passover. I didn’t want to entertain those thoughts.

I knew that the religious leaders hated Him. I knew that they loathed how He struck at the heart of their lies and legalism. How they envied His crowds. I even knew how they had threatened Him before. I was simply confident that Jesus would accomplish His mission, and put everyone and everything in its rightful palace.

He and the 12 – well, no Judas had left earlier – left to pray. We women cleaned up, enjoying each other’s company, discussing Jesus’ teachings. It grew very late, and we soon drifted off into sleep. Suddenly, John burst through the door, sobbing intelligibly. The older women coaxed him to sit, offering him something to drink. Finally, through his wrenching tears, he shouted –

Jesus had been arrested.

It was a nightmare, worse than anything I had ever experienced. I had to be there, though. I had to be at His side. A few of us women and John followed the proceedings as best we could. It was a sham, a mockery of justice. This was not the worst of it, though. All the disciples had abandoned Him. I found out later that Peter had even denied knowing Him.

They beat my Lord! They stripped the skin off his body! His blood ran red everywhere! They slammed thorns into His skull! He was twisted, mutilated, unrecognizable. Teeth were missing, His beard patchy from where they ripped it out, His gentle, beautiful hands broken.

Those same hands that raised me up.

And His eyes. Oh, His eyes! The depth of pain, of loss, and the deepest, tenderest love.

He looked at me, our gazes locking as the first time we met. Again, I wanted to run. All I could do was sob.

They hung Him on a cross. The crowd mocked him, hurling obscenities and insults at this Man who had never done them wrong. I watched Him die, breath by agonizing breath. Incomprehensibly, He cried out that God should forgive them. Why? Why forgive them this wretched act?

Finally, He was gone.

This was yesterday. Today I am stripped bare once more. Bereft of an anchor, drowning in a cold, endless sea. The taunting voices of evil swirl around me once more, though they have not yet gotten in. I don’t know what’s stopping them. I am without hope.